Years ago, I was approached by Packt Publishing, with the proposition of producing a video on MEAN web development.

Some of my initial thoughts

The video course was four hours long. Anyone producing videos understands it takes about 100 hours of work for every hour of video. No joke. First you need to write the entire script. Yes! The entire script. Video shooting is done at the very end. The whole course needs to be produced in writing, everything you’ll say. Then you need to record each section. The amount of times I flubbed up while speaking and had to redo a section was embarrassing. You learn to record in short 1-2 minute segments in case you mess up. It’s less to do over. To this day, I still remember hours of kneeling next to my bed with my microphone sitting inside my sound box on the bed with the script on my phone in my hand. I had to ensure no one was home and everything was quiet because the wonderful mic I had would pick up the smallest of sounds. I used the notes on my phone because having paper would make noise.

I can safely say I spent most of my spare time from January 2016 - May 2016 producing the video. Hundreds of hours of work over the span of 4-5 months.

Four hours of glorious full stack development in MongoDB, ExpressJS, Angular 2, and Node.js. In this course you learned how to use Bootstrap, Routes, Mongoose Models, Mocha Tests, Form Validation, Protractor E2E testing, JWT Auth tokens, Job Queues, Email Sending, Socket.io messaging, Deploying the whole stack, and so much more. It was a comprehensive course and I’m proud of the work I did. 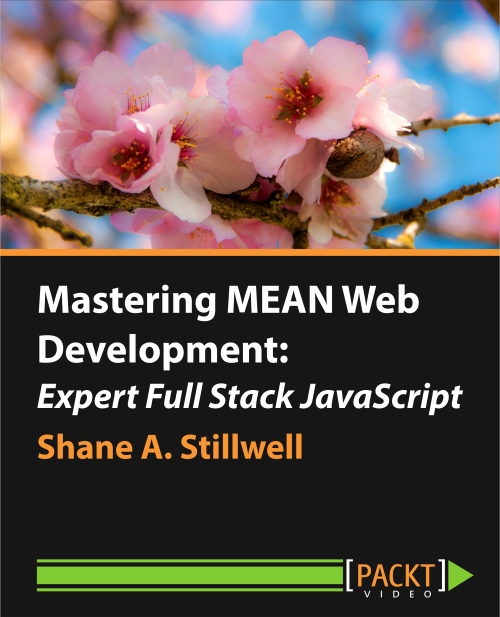 Some time after my video was published I receive this email from a guy named Danny*.

Notice the terms due diligence? Yeah, Danny’s smart. I was pretty mad at first. It’d had been less than a year after my video was released and Packt was already contacting someone else to improve upon my work. Packt never contact me at all. Did I do a poor job? Packt gave no feedback supporting such a conclusion. It occurred to me this might be Packt’s mode of operation. Lure a developer in to work on a video production with the promise of commission which they incorrectly assume is will be worth their while.

This was my reply.

All life is a learning experience. It taught me many valuable lessons and to be fair, I was able to learn a ton about all the technologies I was teaching, because as you know.

The best way to learn something is to teach it.

Did this help you out? It took me a few days to piece together all this information together, I hope this saves you some time (who knows, maybe the future me will be thankful I wrote this down). Let me know your thoughts. [email protected]